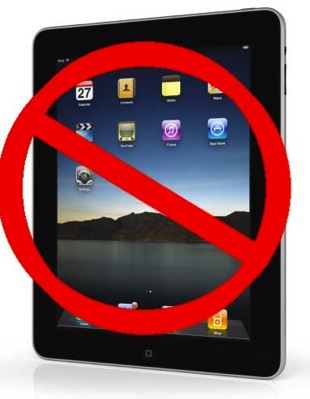 When I watched the live webcast that unveiled the iPad, I suddenly transformed from an educator, father of one, loving husband, to a giddy school girl at a Justin Beiber concert. The next day the tech world was abuzz about whether this thing would sink or swim (clearly we know now it is a huge success), but educational techies were debating a whole other question. Could the iPad be used in schools in a one-to-one environment?Ohhhhhh yeah! This got me going. Being a nearly blindly loyal fanboy, I started to line up my arguments for schools to buy truckloads of these things and passing them out to students. However, common sense took over and I resigned to let my wife buy one of these slick, cool gadgets and then steal it from her to do some testing on my own. Shhhhh-she’s looking for it right now and I am hiding in the broom closet reading comics. Hold on. Uh-oh. OK, she found me, broke a broom handle over my head and took back what is rightfully hers . . . until next time 🙂

Back to the topic. Could this wonderful device (it is quite awesome) be used in a school instead of laptops or a computer lab in a one-to-one environment. For those of you who don’t know, one-to-one means every student has their own laptop that they use throughout the school year and usually return it at the end of the year. Now I am a big proponent of one-to-one and and we can get into that debate at another time, but could the iPad work in this type of situation? I don’t think it would. I’ll give some reasons why it won’t work in a minute. First, however I’d like to point out some great ways it could be used.

One: It could be a replacement for textbooks. The screen looks great and even the 16 GB model has plenty of space to hold every textbook you would use that year. You can make notes on the pages and the battery life is quite impressive.

Two: It is connected to the Internet. If your school is passing these bad boys out, chances are the school is rocking WiFi. This will allow students to access cloud storage sites such as Dropbox or Skydrive and of course various reference sites besides Wikipedia. This is great for on the fly research.

Three: It is great for students to collaborate through such places like Google Docs, Zoho, etc. I mean this could make building a presentation, a big research project, or sharing notes (not cheating).

Four: The screen is great. Just as long as you’re not in direct sunlight, you should have no troubles viewing anything.

Five: The battery. It is pretty wild that something so compact and yet so large can last so long. Apple Inc. claims 10 hours of video playback. My wife and I find that it may not be ten hours, but it lasts pretty long and would easily make it through a school day of heavy use. This battery performance seems to out perform almost all laptops currently on the market.

Those are some pretty good darn reasons to use the iPad in school. So you may be asking yourself What’s the problem? Why is this such a no-no for one-to-one implementation? Why cannot this engineering marvel be used to brighten a student’s day and better her/his education?

Well, it seems you ask yourself a lot of questions. There are a number of reasons why I wouldn’t want to use the iPad in schools.

One: It is a glass screen people. I know, I know, laptops have glass screens too and most people never crack, break, or otherwise compromise the screen. But the iPad is typically exposed, unless the school provides them with cases. Even if the school did provide cases, a bunch of students would do the following: lose it, not use it, decorate it, or destroy through rough and tumble wear and tear. I saw a YouTube video by iResQ (they fix iPad screens) of a guy dropping an iPad about a foot off the ground and the screen was cracked. Within the first week (if not the first day) someone will accidentally drop it and break the screen. I bet most students could do a good job of taking care of their iPad, but overall, the iPad just seems way to fragile to be carried around, used in nearly every class, five days a week. As a librarian I once knew would often say, “Yikes!” 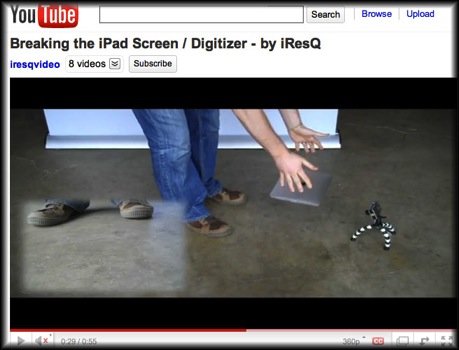 Holy crap he dropped it!

Two: Charging. I know I was just gushing over how wonderful the battery was a few lines up, but students are forgetful. If little Joanie forgets to charge her iPad, it is not as simple as plugging it into the wall. She needs someplace to plug it in, and she would need the cable. Granted our mythical Joanie could probably find one, but I am willing to bet most kids aren’t going to carry these chargers around with them in their pocket. Some might have it in their bag or locker, but where to plug it in? I’m sure Joanie has lots of friends and someone would come to her aid, but it seems like a hassle. I guess this argument can be made for laptops as well.

Three: How do I hold this thing? I’ve had some time to play around with an iPad and holding it for a prolonged period of time is not all that comfortable. Laying flat on a desk could give it a glare or if the desk is slanted, could cause it to constantly slide. I don’t mind reading on it (comics look AWESOME on it folks), but reading large chunks of text when I can’t really hold it comfortable for a long period of time? This seems like a big deal breaker for me. Also typing on the device is a problem. With the iPhone, Blackberry, or an HTC phone you’re basically typing with your thumbs, or a finger. You really need to hold this thing when you type, but it is pretty hard to do that. So then, you put it down on a flat surface, but that makes it difficult and unnatural. It is hard to explain, but typing is not enjoyable AT ALL. Maybe a quick e-mail would be fine, but an essay of about a page long would be really difficult.

Typing is awkward on the iPad

Four: There’s an app for that. Clearly what makes the iPhone such a dominate force in the smartphone industry and why the iPad has sold so many, so quickly are the number of apps that can be easily and cheaply installed onto those devices. While there are a great number of education apps that range from teaching students the alphabet all the way up to specialize apps for med students, there are tons more that are not educational and pose as a distraction. Have you played Angry Birds yet? That is a fun game and a total class killer. How would a teacher know if say five students are to be reading their text books and are playing a fun, addictive, engaging, good looking game such as Angry Birds? These distractions clearly cause problems in retaining and comprehending knowledge. Even if a school restricted the access to the App Store and iTunes store, students love challenges, and someone somewhere would find a way to jailbreak it, and have free reign over the device. This is problem, especially since jail breaking is so easy to do. 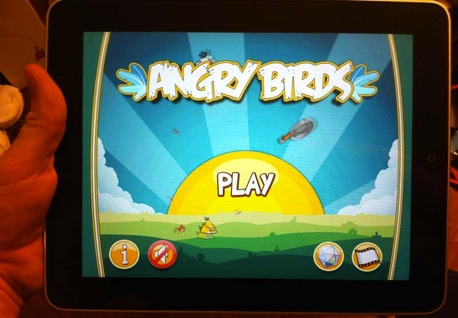 Five: Who stole my iPad . . . was it you? Laptops, even notebooks, have some are not exactly ultra portable despite what some companies may say about them. Go ahead and try to place two notebooks in your bag. It looks odd. Now go ahead and place two iPads in a bag. Doesn’t look too bad. Theft, which is, has been, and will be a problem in most schools, will undoubtedly be a problem if you start passing out these things. I wish all students were shiny, pleasant, eager to learn, and willing to challenge the school to provide greet education. This is not the case. Most schools have those students that make poor choices and stealing a very coveted device such as an iPad may be too much to resist, even if it is just to pick on a kid. With laptops or notebooks, I think this would be less of an issue.

Anyway, those five reasons right there are enough for me to discourage any school from buying loads of iPads and passing them out like frisbees to the student body. If you agree with me, then yea! If you disagree with me, then write a comment. I am always eager to hear from the people! Here is a Batman Black and White issue–because comics look great on this thing! 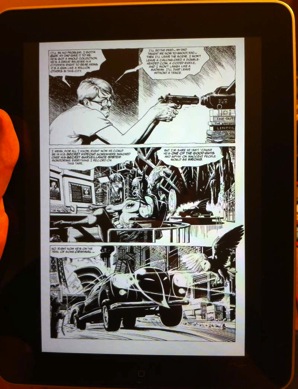 Batman Black and White: An Innocent Man by Brian Bolland

I teach middle school technology and love to play around with tech and teach students and colleagues alike. You can read my blog at www.itbabble.com
View all posts by Patrick Cauley →
This entry was posted in iPad, Opinion, Review, Tech Integration. Bookmark the permalink.