Yep, it’s been nearly four years and it is time to make that all important purchase and boy has it been exciting. I haven’t decided yet (but I’m close) and I’d like to share the journey I’ve been on so far.

A this moment, I am writing on my current machine, a 2013 MacBook Air (not unlike the one pictured above). It’s awesome. I love this computer and it has been my favorite computer since I started buying computers back in 1994. I love the for factor, the weight, the variety of ports, the MagSafe adapter, the battery (holy crap it’s been great). About the only thing I could really wish for is a higher resolution. Even in 2013, this resolution was a little behind the times, so when the end of 2016 started to roll around, I started to look and what I thought would be a simple decision became a little more complicated than I thought.

What I need it to do

This is what I have been asking myself and what anyone who is in the market should ask themselves. You shouldn’t just buy a computer based on its brand, but how it fits into your workflow and your life. At the time my MacBook Air was a perfect fit. It had enough power to do what I needed it to do back in 2013 and in 2017. I needed a computer that could last and it has.

That’s a little vague, so here is a more specific list of requirements.

This of course is important. I’ve got around $1500 with which to work. I can stretch that a little but of course would love to pay less. This is why my decision was so difficult. I was hoping for an upgrade to the MacBook Air and just stick with what I know, but Apple screwed that up for me. Man, how could they be so inconsiderate to me? Tim Cook, I hope you’re reading this 🙂

My budget is the obvious limiting factor here. My MacBook Air is basically the same spec wise as the one Apple is peddling and they are doing everything they can to keep people from buying it. So this leaves the base model 13″ MacBook Pro ($1500) and the MacBook Pro with the Touch Bar ($1800).

I have a Wacom tablet so even though there is no touch screen I already have a solution, but it still feels like too much money for the same product and then there are the ports. I would need a new dongle in order to read my SD card, connect it to my classroom’s projector or even charge my iPhone. This makes my head hurt.

I had a bunch but have narrowed it down considerably to four and they are good choices.

The price is right, the battery life is exceptional (more than 13 hours) and meets all my requirements. Again, the Wacom tablet I have would allow me to draw on it but Dell does offer a touch screen option that still falls under my $1500 budget. Oh yeah, the screen on this thing has almost no bezel and is re-donk-u-lous.

This is a 2-in–1 computer. Meaning the screen can rotate completely around to become a “tablet.” The screen is great, the hinge is great, the keyboard is OK and it’s a touch screen. It is hard to beat Lenovo’s quality, customer service and customization options. This “laptop” meets all my specifications and is right at my price point. It looks good too boot. 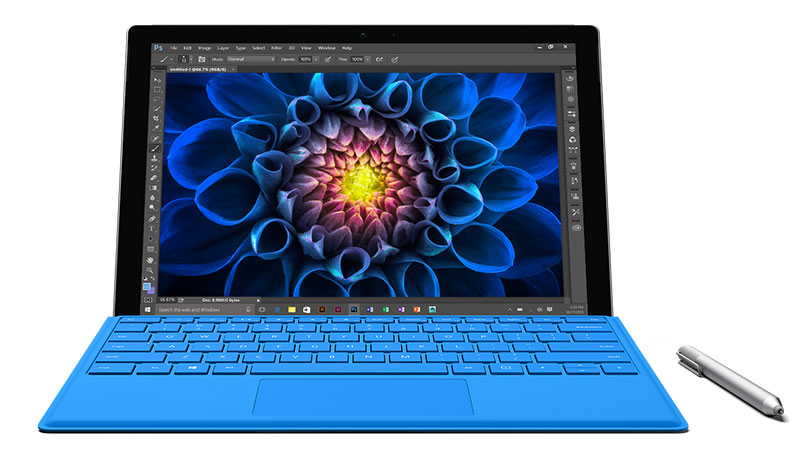 Then there is the Surface Pro 4. This is a very attractive option. The price point is under my budget (even with the keyboard) for what I want. It has a pen that works directly on the screen itself and is actually pretty nice to use. It is crazy light – less than two pounds and just as powerful as most 13″ laptops. The screen is great. It definitely ticks all my boxes (at least most of them). So what’s wrong? The battery isn’t that great and typing on the keyboard feels hollow since it is raised off the surface and I’ve heard it’s a little awkward to have on the lap.

This is just like the Surface Pro, but the screen can detach and become a tablet or “Clipboard” as Microsoft calls it. It will have a dedicated GPU (at least the model I’m looking at). It also has a pen, and a dedicated keyboard which will make it much more comfortable on the lap. It’s crazy innovative with a solid battery  but it is definitely higher on the budget coming in around$1800. OUCH!

So which to choose? My decision is coming soon. Feel free to vote below.

2 thoughts on “I’m getting a new computer!”