Corona virus is disrupting how the whole teaching and learning process happens. When it hit the US back in early 2020 it sent a lot of schools spinning to figure out how to successfully implement distance learning and what tools would be needed. One tool that our teachers wanted or found very useful was a document camera. Our school was rocking an old Elmo TT-02RX document camera.

This document camera is a tank. It is very durable, tough, and it works fine . . . as long as you are in the classroom.

Here are problems our teachers ran into with these Elmos at home. They are large. They can easily dominate a desk or kitchen table. Carting them from school and then back again isn’t the easiest task. The built in camera is less than 2 megapixels which is OK but far from great especially now that even Chromebooks have HD displays. Finally the software is bad. It works, but it is not easy to get around and looks horrible and getting it on computers also was a pain.

This particular model we have is almost ten years old so looking for a replacement was a priority. At first I looked at Elmo for an updated model of what we currently have. They had it but . . .

That is a lot of money. In fact that is nearly as much as our teacher’s MacBook Air just to put that in perspective.

Now Elmo does have some more affordable options that looked good but there was a problem with those as well. A lot of schools were looking for document cameras as well and they were sold out.

So finding document cameras over the summer was a challenge. After some research I found a company called IPEVO out of Taiwan. They make a number of document cameras and within our budget. We had purchased one before and it worked out fine and they had stock which was something else important to us 🙂 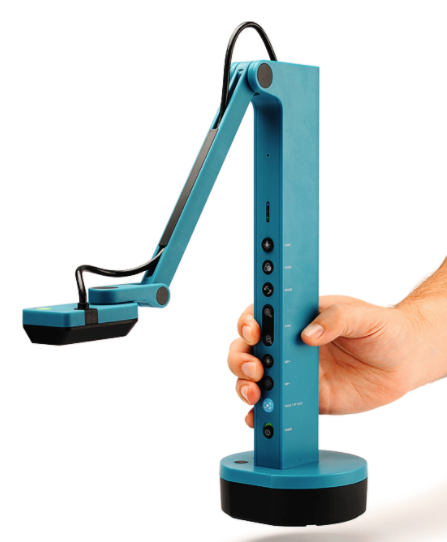 So let’s break it down.

Overall, this is a solid document camera. It does what it needs to do and nothing more. I like having a device that only does what it is designed to do and does it well. This is one of those devices. What document cameras are you using in your school and how do they fair? Leave those in the comments below!