As the year winds down, I decided I needed to take some time and slow down a bit. It is that time of year to reflect, to say things to people like, “It’s all over but the cry’n”, and to generally be very apathetic so nothing will stop the summer holiday schedule. However, it is bad to start the summer, without reflecting.

So what happened this year….

I started off in Dubai finishing up a contract. I was welcomed back after summer break to a building that was over 50 degrees Celsius (Americans Google that and see what it means). After sweating and struggling for more than two weeks, that issue was solved with only minor damage to most things. That was followed by a disastrous networking problem related to a new security configuration, that I did not choose, but had to troubleshoot and luckily not alone.

Things happened so quickly, and I had no time to wrap-up my 8 years and move to the next challenge in the manner which I had planned. The game is never the game plan.

I relocated, missing very much my friends, but needing a change. Losing the weekly IT Babble Podcast really affected me and still affects me. One thing I have learned is we all need pointless banter and focused theoretical conversation to solve the problems we have yet to face. The banter also reduces stress more than anything else I can think of, and I have to make an effort to re-establish that in the next year.

I used to think working-out, and do other things to unwind was the key to a clear mind. Now I know those are fractionally significant compared to conversations that make you laugh, think, and fume with rage over the pointless of all known and unknown facts.

The new school, was and is, completely different. I have to say nearly every project I started is still on-going. I had forgotten how long it takes to really move a large group of people to a new way of working and doing things.

Office 365, Powerschool, Security Standards, Server Reconfiguration, Network Reconfiguration, Building a Residential Network, Writing Polices and Procedures for Everything, Creating a Real Budget, etc. All things that have happened in less than 10 months and will continue for the next 6 months until each is able to operate with me involved most of the time. The goal is always to build opportunity for others when working in Educational Tech. ‘Others’ does not refer to students, but to the entire community.  It is challenging, but it is a rule I follow and explain almost everyday.

The only other things in life and technology I know for sure after this year, and actually thinking about the last 9 years, are:

1. Linux is just better. I am sick of MAC and Windows and I am going back[to Linux] and staying there. Bite me OS X.

2. My next thing is to be a Certified Ethical Hacker, and I can’t wait to get that finished.

3. Being a leader means not being a friend, but finding real friends.

4. I should have won that Haiku contest on IT BABBLE but I am still waiting, and I am pretty sure I was shafted.

5. When Preston came to visit his beard was so big it needed it’s on towel and seemed to have gravitational pull. Please Preston…trim that before the summer heat.

The summer writing will be the never ending saga know as “The BYOD Playbook”. It will be revised, expanded, and hopefully finally published without conflict. 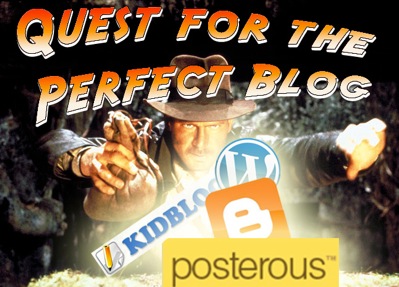 Well I love me some summer vacation. It is usually the same routine every year. I kick back and relax for about a week not doing a whole lot and then must start thinking about school. I can’t help it. I love this time, because instead of looking to the next school year I always start reflecting on the past school year and analyze what worked and what didn’t and what I will change next year.

One project in particular that I rolled out with my seventh and eighth grade students was a class blog. The blog was designed to give students a chance to voice their opinions and then give a quick presentation about what they wrote about. Want to know what worked and what I am going to do next year? Read on past the break to find out and as always if you agree, disagree or have an idea leave a comment below.

END_OF_DOCUMENT_TOKEN_TO_BE_REPLACED 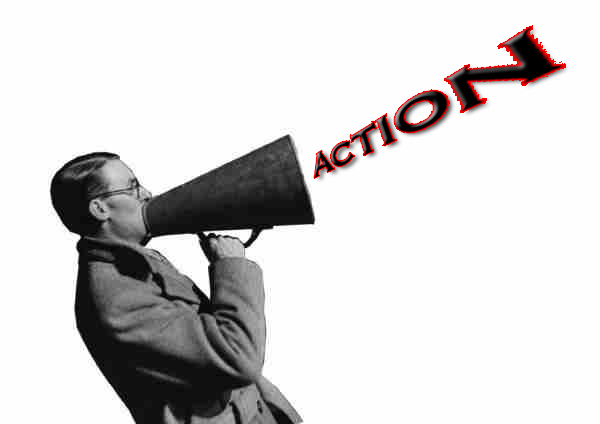 I started a unit on video production today with one of my middle school classes. We have been preparing for weeks for the day that we would get to use the coveted Mac lab. Learning about the different cameras, the Mac operating system (AKA Snow Leopard), and how the two interface. Needless to say the kids were very excited. I don’t know if it is working with a cool looking computer, the size of the screen, making videos, but whatever it was, it was a real roller coaster of a class. Read on past the break for what happened.